This 74/75 Burns Flyte came to me requiring quite an extensive setup. Burns UK guitars were not made in London as many believe, but instead were manufactured close to Newcastle upon Tyne in Jim Burns’ native north east.

Out of all the models Burns UK produced, The Flyte, which was originally to be named the Concorde, proved the most popular. Glam rock performers of the time, such as Dave Hill from Slade and Marc Bolan were notable Flyte players. 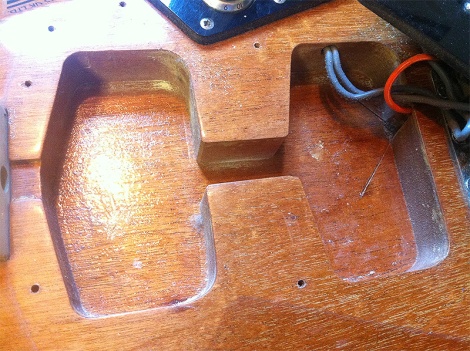 Inside the p/up cavities. This is a nice light weight one piece mahogany body. 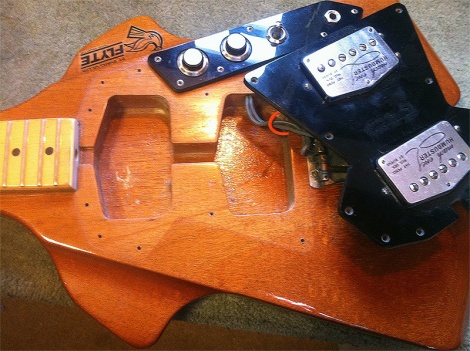 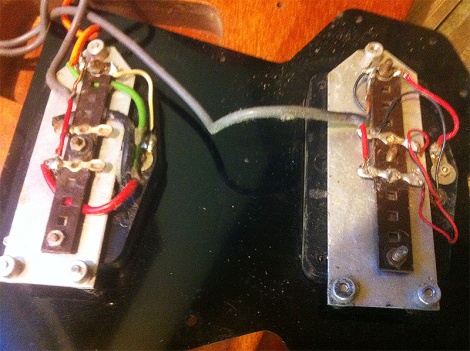