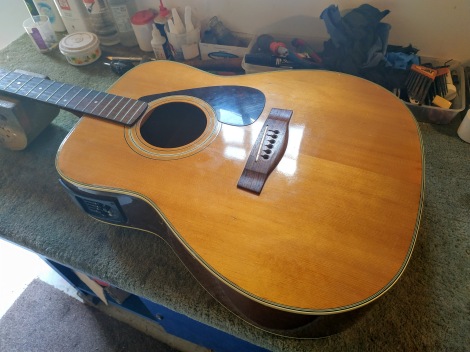 If you are a regular at the thursday night open-mic night at the Old Well Barnard Castle, you’ll be familiar with Malcolm Elsbury’s guitar affectionately known as “The Punisher”. A superb tone machine with oodles of MOJO, this 40+ year old guitar has graced us every week for a decade with songs from Neil Young to the Dubliners.

These Yamaha models were manufactured from 1977 to 1981 and are a great workhorse. Malcolm’s guitar took on the moniker ‘The Punisher’ as over time it desperately became in need of a neck reset. Over time bracing changes, distortions to the body and string pull on the neck can cause the distance between the strings and fingerboard to increase. The saddle had been shaved down as low as it would go, but the action was still to be fair, cripplingly high. The frets were also worn down to the fingerboard in places. 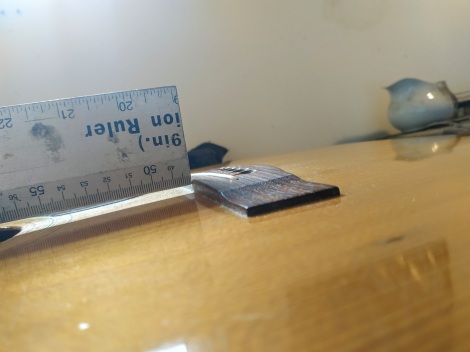 (Straight-edge meets the bridge a good 3mm under where it should.) 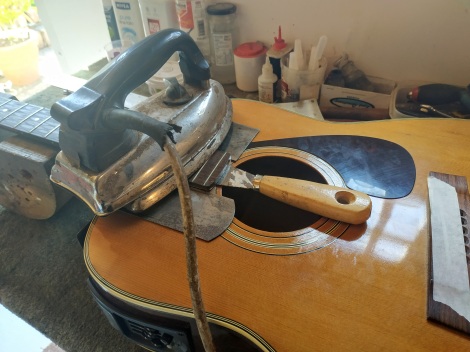 I opted to go with a bolt-on conversion for this guitar after the heel was reangled. Less messy and future-proof.

While the guitar was in, it also had a full refret with Dunlop 6230 (Martin spec.) fretwire. 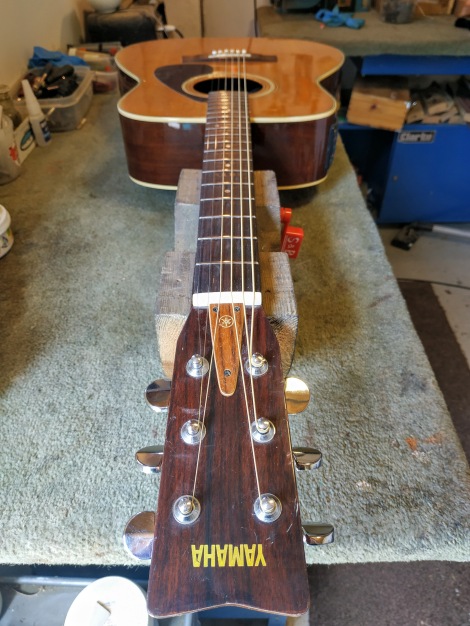 All back together with a new bone nut and a 12th fret action of 1.5mm.